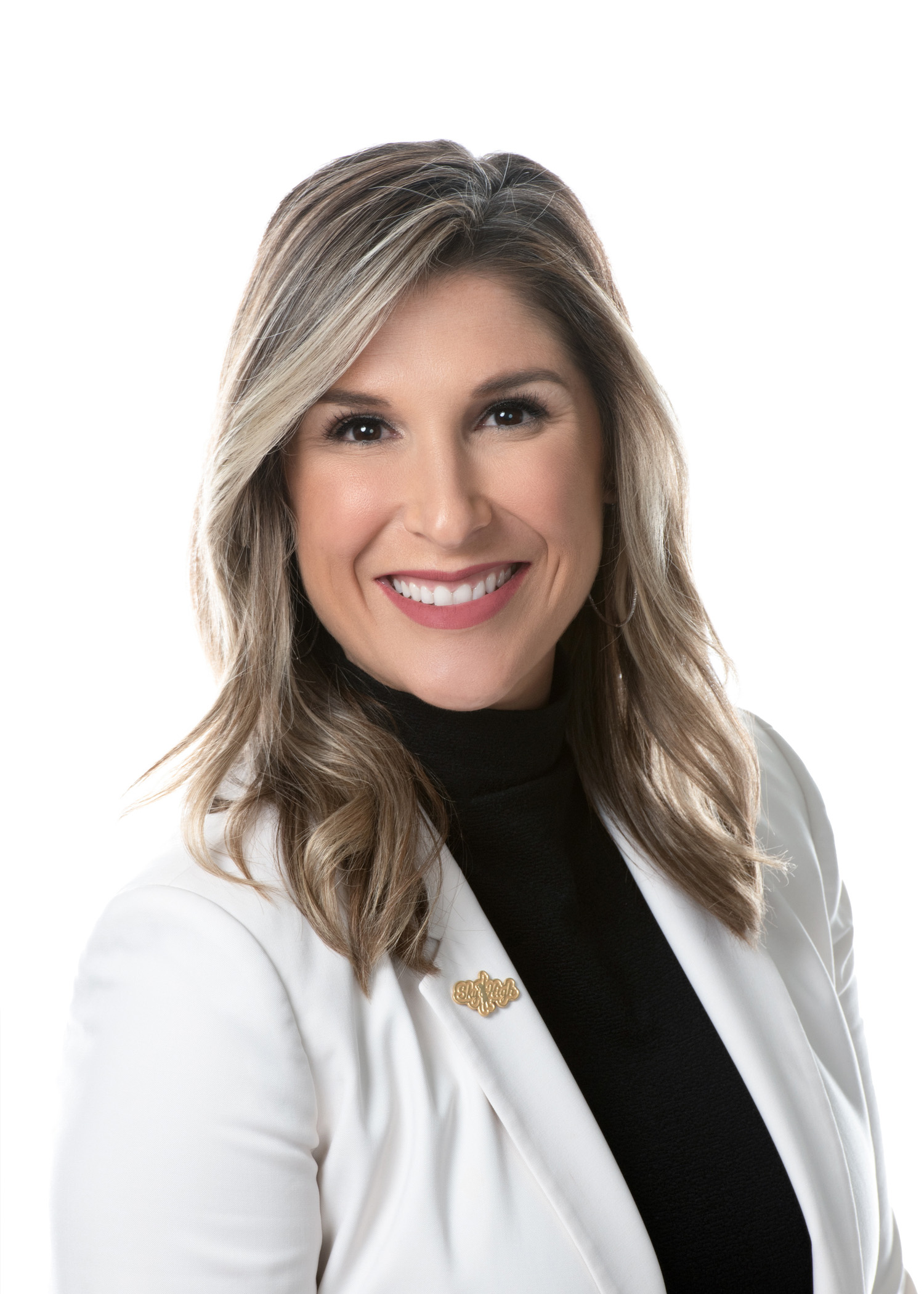 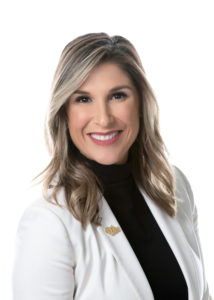 Brittany Hebert Franklin never met a challenge she wasn’t prepared to face head-on. Her early years in Louisiana produced hardships from her parents’ divorce, mother’s drug addiction, father’s depression, and her family’s home burning to the ground. Through adversity, she clung to her rallying cry, “do things bigger than yourself” and has continued to raise the bar for herself each year.

At 21, Brittany was approached to raise $10,000 for St. Jude Children’s Research Hospital. Brittany remembered her life-changing trip only five years prior. Inspired by the challenge, Franklin contacted a few friends and hosted a sporting clay tournament in hopes of raising the $10,000. That day, they raised $50,000.

For 13 years, Brittany excelled in the Oil and Gas industry while building Sky High for Kids in her personal time. She utilized her contacts and resources within the industry to build events throughout Texas and Louisiana–raising millions of dollars to fund research projects. Sky High for Kids was officially founded in 2007 and successfully operated as a volunteer-run organization until 2014. The nonprofit organization’s mission is to provide comfort, fund research and save the lives of those fighting pediatric cancer and other life-threatening diseases.

Brittany is a member of the Entrepreneurship Organization of Houston and Houston Pipeliners Association. She also serves on the Texas Children’s Cancer Center Advisory Board, Global Hope Campaign Executive Committee and Leadership Committee for the Ronald McDonald House Charities, Memphis. Recognitions include Houston Business Journal’s 2016 40 Under 40 and Women to Watch in Business, St. Jude Houston Region Guest of Honor as well as one of Houston Modern Luxury’s 2017 Most Dynamic Women. Through her company, BMH Performance, LLC, she consults other nonprofit organizations, oil and gas service companies, and shares her story as a keynote speaker.

Brittany lives in Houston with her husband, James Robert, where they are raising Franklin’s adopted daughter, Allie. 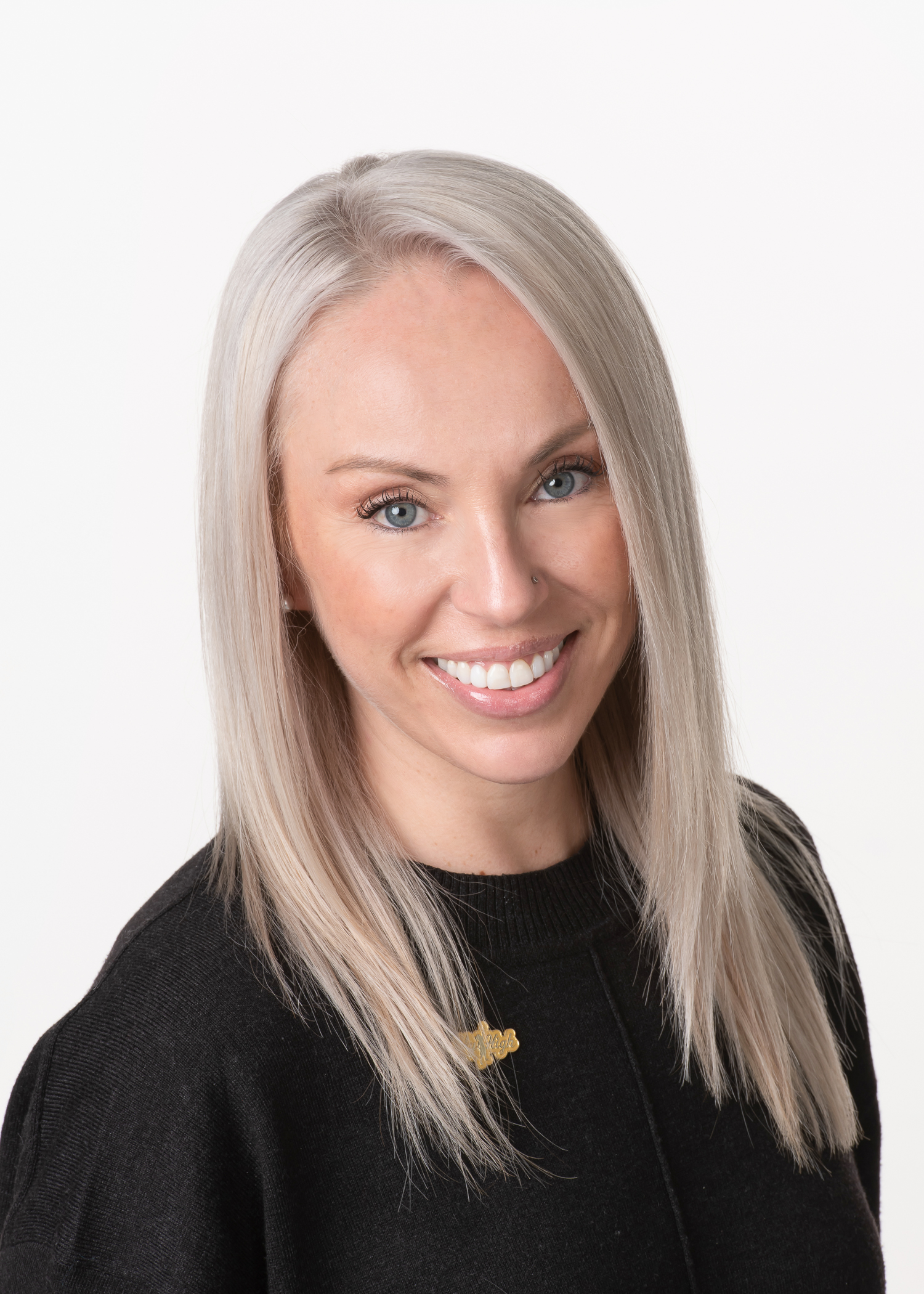 Director of Operations & Executive Assistant to the CEO 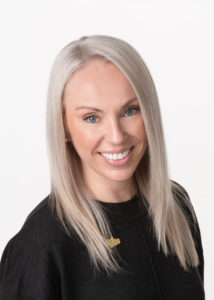 Director of Operations & Executive Assistant to the CEO

Shauntae was born and raised in Fargo, ND and moved to Houston in 2008. She joined the Sky High Team in 2017 as the Executive Assistant to the CEO and believes her mission in life is to help find the cure for pediatric cancer. When not working, Shauntae enjoys spending time with her family, finding new recipes and staying active. The Sky High Team has become her second family as she continues to live the mission as Director of Operations. 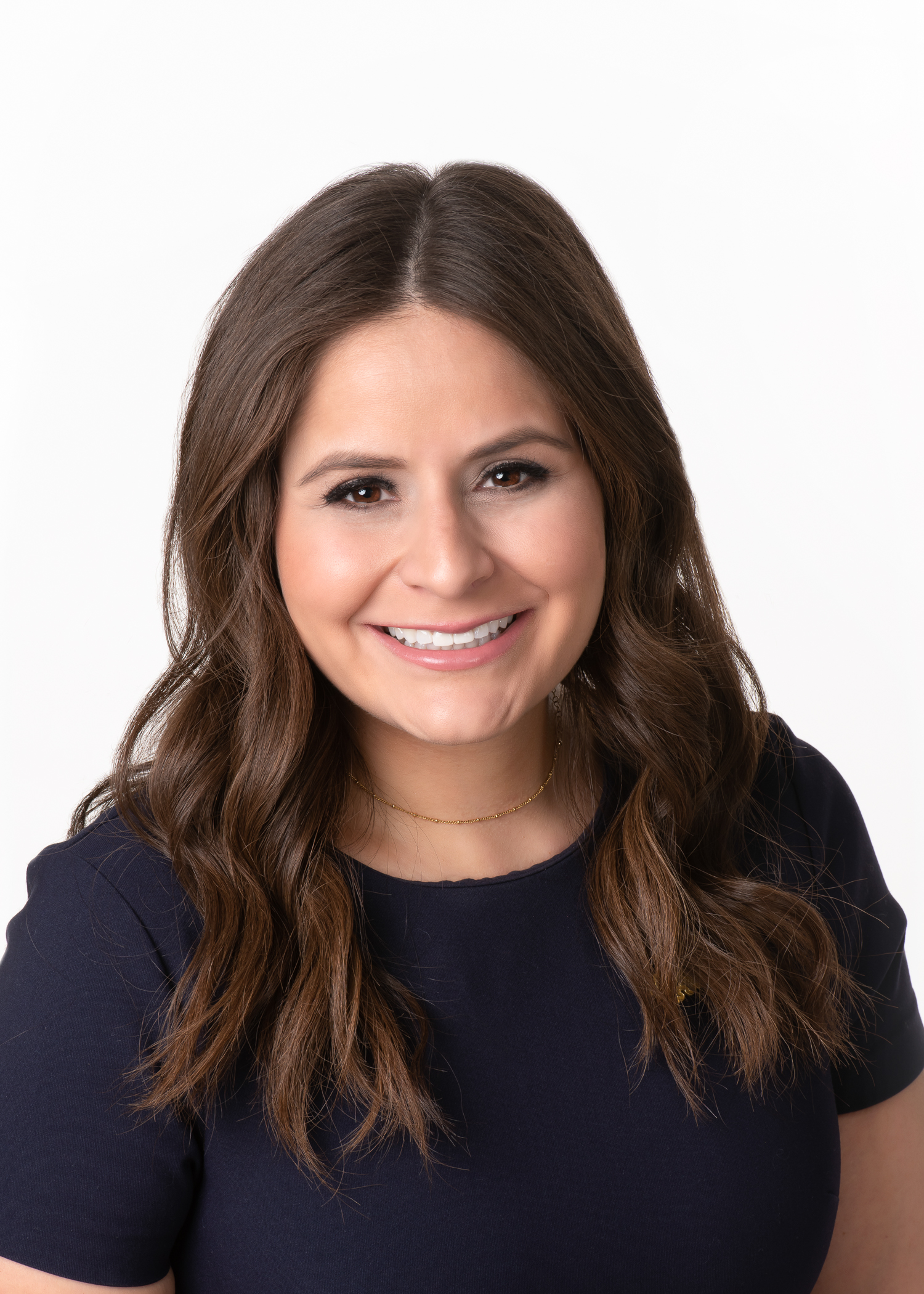 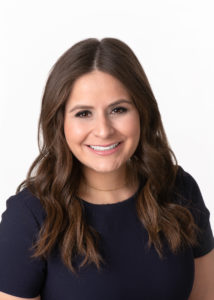 In 2018, she led Sky High’s rebranding and website redesign.

A Texas native, Kristina graduated from The University of Texas at San Antonio where she studied communication with a concentration in public relations and a minor in business administration. In her spare time, Kristina enjoys reading, spending time with friends and family, and running her side business, Master Plan Creative LLC.

She is an alumna of Phi Mu Fraternity, a member of the Association of Fundraising Professionals, a representative of Global H.O.P.E.’s Campaign Executive Committee and serves on the Forbes Communications Council. 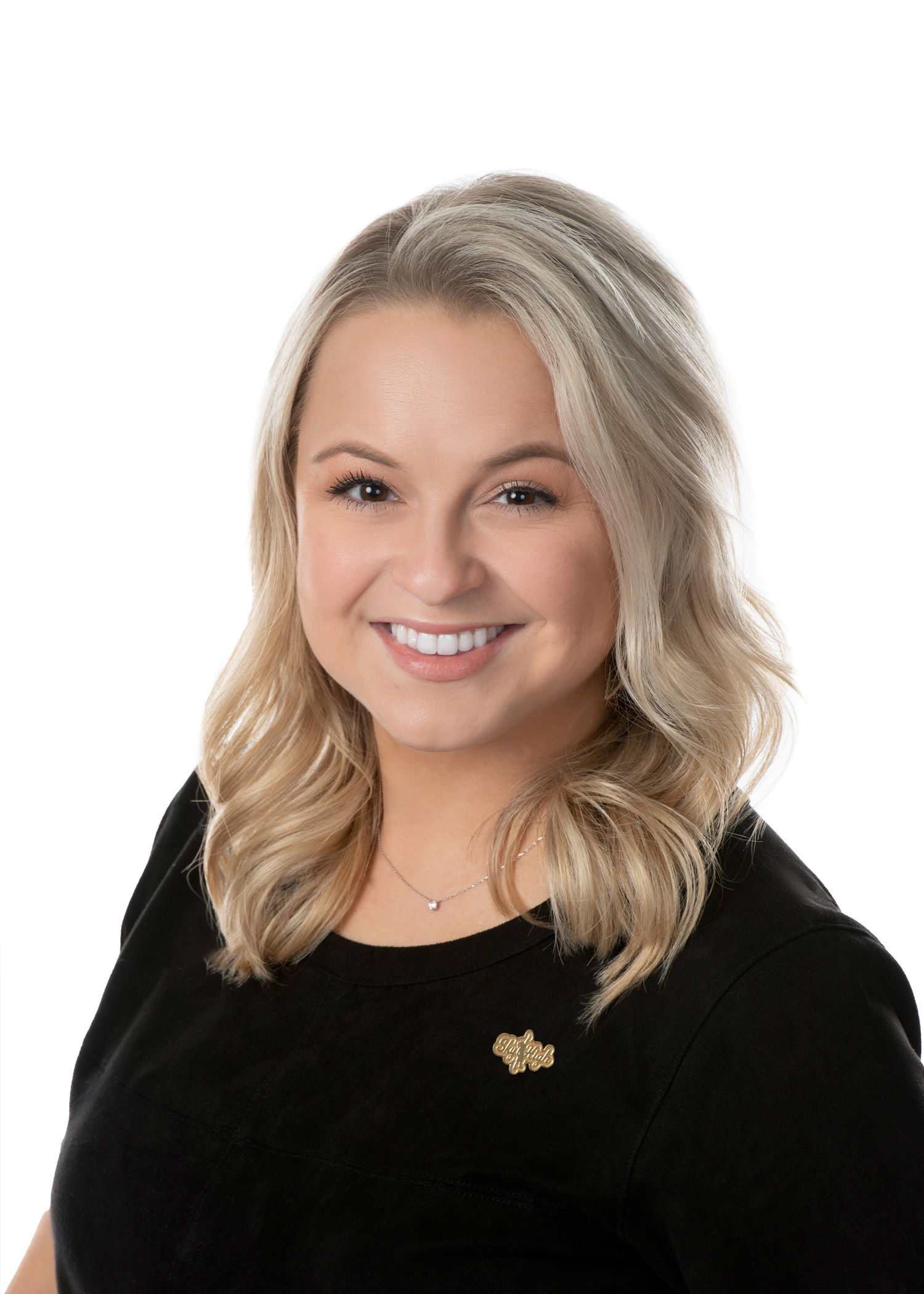 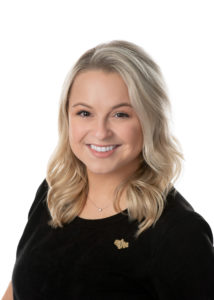 Raised in Pearland, Texas, Grace is a Texas State University graduate with a Bachelor of Science Degree in Public Relations and Business Administration. Grace joined Sky High as an event coordinator in July 2018, where she spearheaded the Lafayette and Permian Basin events before transitioning into the Director of Events role in July 2021. Grace is now using her love for the behind the scene aspect of events to streamline processes, expand regions and take our events department to the next level. Grace enjoys Orange Theory, spending time with family and friends, volunteering at her hometown church, and indulging in tacos and frozen margaritas. 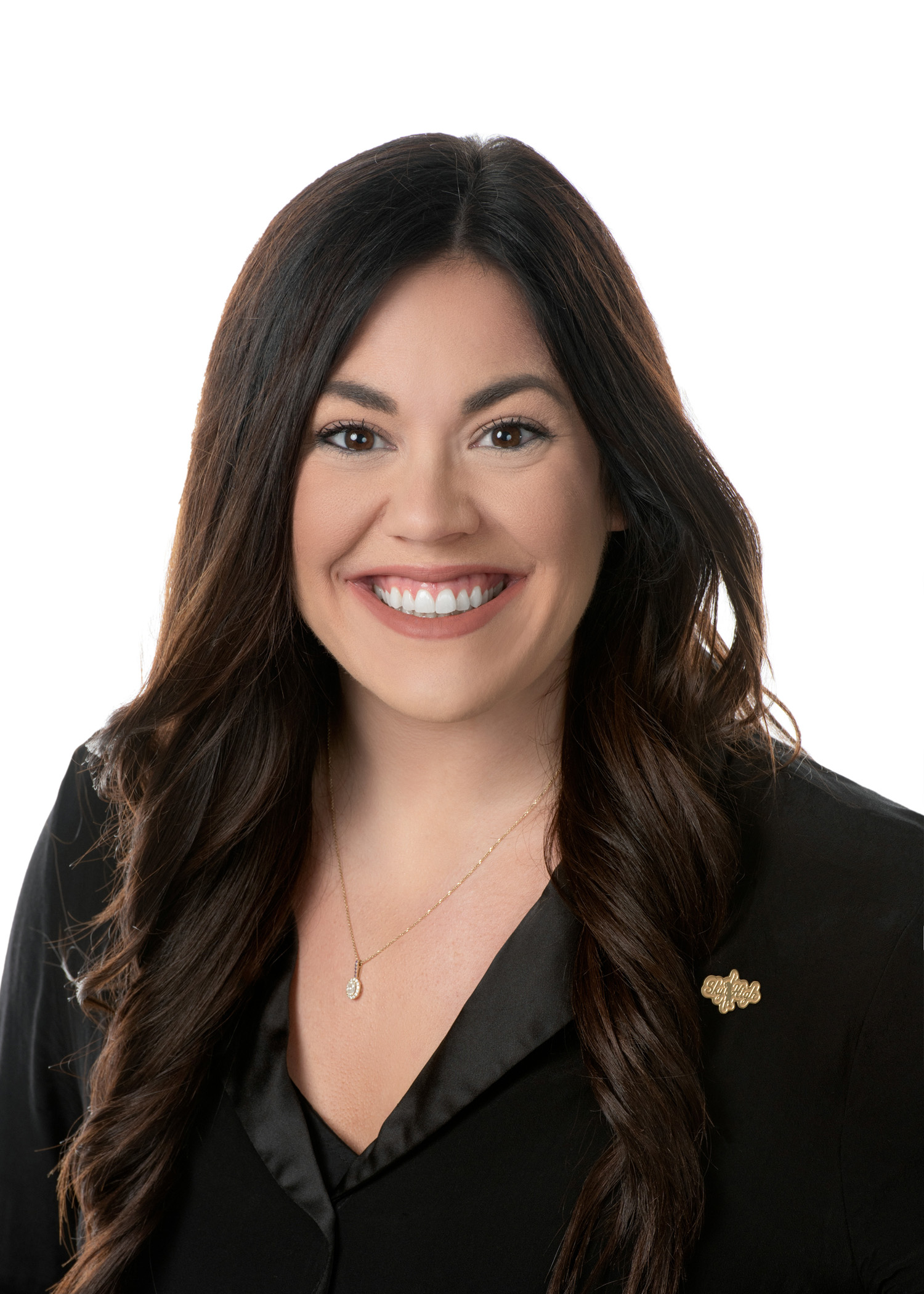 A native Houstonian, Kelly graduated from The University of Houston with a Bachelors in Corporate Communications. After starting her career in Houston in the Oil & Gas industry, she was eventually moved out to Midland in 2016 to help broaden her knowledge on the industry as a whole and expand her companies’ presence in the Permian.

In 2017, Kelly attended her first Sky High event in Midland and quickly became involved as a committee member. As her passion for the organization grew over the years, she eventually made the decision to “retire” from her Oil & Gas job to save lives full time. Kelly now serves as the Development Manager for Sky High’s Western Region, covering everything from Midland, Lubbock, San Antonio, and a little bit of Houston.

Kelly brings ten years of sales experience within the Oil & Gas industry to Sky High. She also serves on the Board of Directors for the Permian Basin Association of Pipeliners, as well as chairing multiple committees within her community.

Staff
Board
YP Board
JR. Board
Ambassadors
Menu